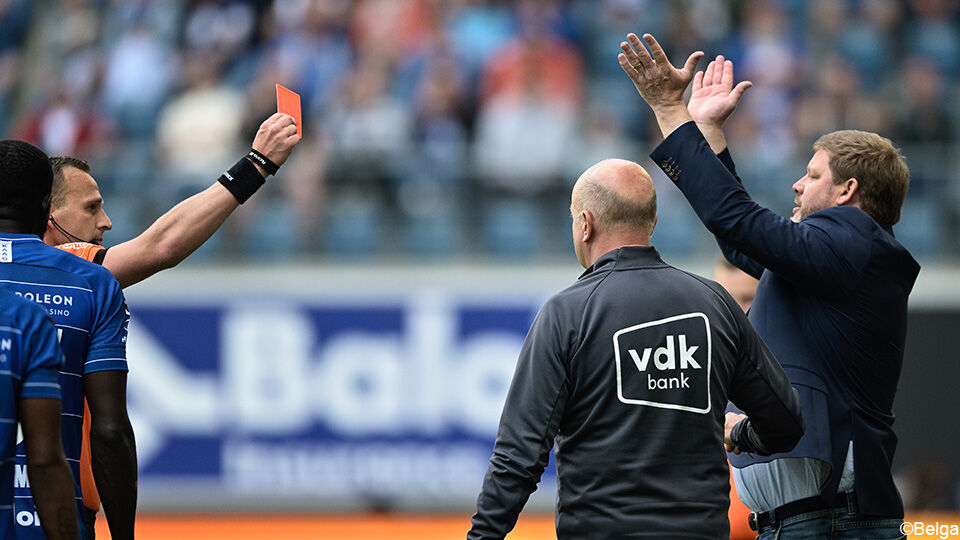 AA Ghent coach Hein Vanhaezebrook was suspended by the disciplinary action for criticizing the Belgian referee after the match against Genk on May 5. He also receives two matches, a conditional suspension and a fine. The committee announced this on Tuesday.

Van Hasebrook was sent to the stand with a red card in a playoff match against Genk, fighting referee Nathan Felbumen. After the match, Van Hasebrook once again strongly criticized the umpire of Velbumen and, by extension, the Belgian referee.

Vanhaezebrouck receives an effective suspension for that swipe. He also has to cough a fine of 1000 euros. Van Hasebrook will remain on the bench in the final playoff match against Charleroi, as the suspension will not take effect until Monday, May 23.

Vanhaezebrouck also received a conditional suspension of swipes in the newspaper Het Laatste Nieuws. In an interview, he called Bertland Reyeck, the technical director of Belgian arbitration. It’s a liar after Rayek said that VAR made only 16 mistakes this season.

With that swipe, Van Hasebrook will receive a conditional suspension of two more games and an effective fine of € 2000. Ghent has already announced that it plans to file an appeal.