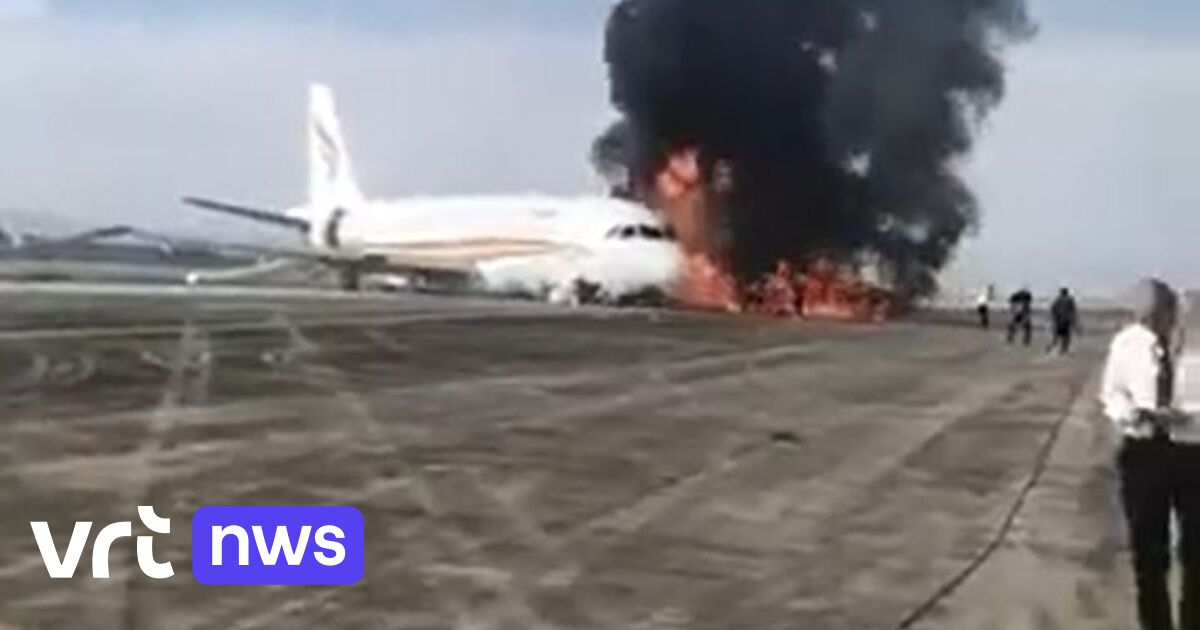 It ignited when a Tibet Airlines airliner took off from Chongqing Airport in China in southwestern China. According to the airline, all 113 passengers and nine crew members were evacuated and “carried safely.” About 40 people on board were slightly injured and taken to the hospital.

The image shows that Tibet Airlines’ Airbus A319 fired on the runway at Chungking Airport.

According to the Chinese news agency Xinhua, the plane collided with the runway during takeoff and ignited shortly after 8 am local time (2 pm Belgian time). The plane is said to be on a domestic flight between Chungking and Nyingchi in the Tibetan Autonomous Region.

“At the takeoff stage, the crew noticed something unusual and stopped the procedure. The aircraft left the runway,” Tibet Airlines said in a statement. “The plane was damaged by the fire.”

Burned out and broke

The photo clearly shows that the device is burned out in the front. The device is broken on the back. The cause of the fire is still under investigation.