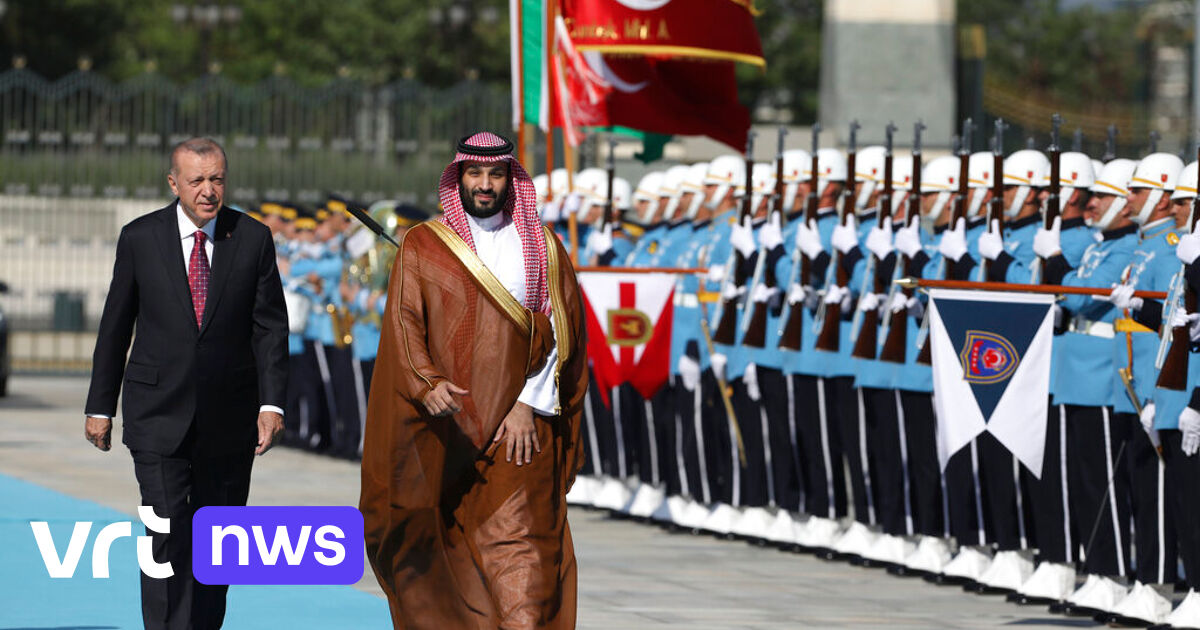 Crown Prince Mohammed bin Salman of Saudi Arabia landed in Ankara, the capital of Turkey, for his first official visit to Turkey more than 3.5 years after the murder of Saudi journalist Jamal Khashoggi. The two countries want to normalize their relationship after the murder of a journalist at the Saudi Consulate in Istanbul in 2018.

Bin Salman, the de facto leader of Saudi Arabia, was greeted by Turkish President Recep Tayyip Erdogan for a meeting at the Presidential Palace in Ankara. No official statement is expected.

Negotiations should “return normalization and recovery to pre-crisis periods,” a senior Turkish official told Reuters. “A new era is about to begin.”

Relations between Saudi Arabia and Turkey have cooled after the murder of journalist Jamal Khashoggi at the Saudi Consulate in Istanbul in October 2018. The body of the journalist was dismantled and never found.

Erdogan then accused the “highest level” of the Saudi Arabian government for murder. However, Crown Prince of Saudi Arabia Mohammed has consistently denied his involvement in his assassination.

Khashoggi (59) was a journalist for the Washington Post and a critic of Binsalman. In October 2018, he entered the Saudi Consulate in Istanbul and arranged the documents for his next wedding. US intelligence has concluded that Binsalman is responsible for the killing of Khashoggi.

Khashoggi was not very hostile to the Saudi monarchy, but he did not get along with the mighty Crown Prince Mohammed bin Salman. Not only Turkey, but also the United States and European countries have people near Prince Mohammed, who is responsible for the killing of Khashoggi. In Saudi Arabia, many “small shrimp” have been sentenced to imprisonment, but higher-ranking people have been freed.

As early as April, Prime Minister Erdogan visited Saudi Arabia to discuss the relationship between the two. In the same month, the Khashoggi murder in Turkey was handed over to Saudi authorities, paving the way for reconciliation. There were 26 suspects in the murder trial in absentia.

However, human rights groups have blamed the transfer. They are convinced that Saudi Arabia will not organize a fair trial.

Energy, economic and security transactions will be signed during the visit, according to Turkish authorities. It is said that there are plans to allow Saudi Arabian funds to enter the Turkish capital market.

Turkey’s economy is under heavy pressure from the fall of Lira, with inflation rising to over 70%. According to experts, Saudi Arabia’s funds and foreign exchange could be of great help for Turkey’s 2023 election, where Erdogan is eager to win.

The meeting between Crown Prince of Saudi Arabia and Prime Minister Erdogan is part of his tour of Egypt and Jordan earlier this week.