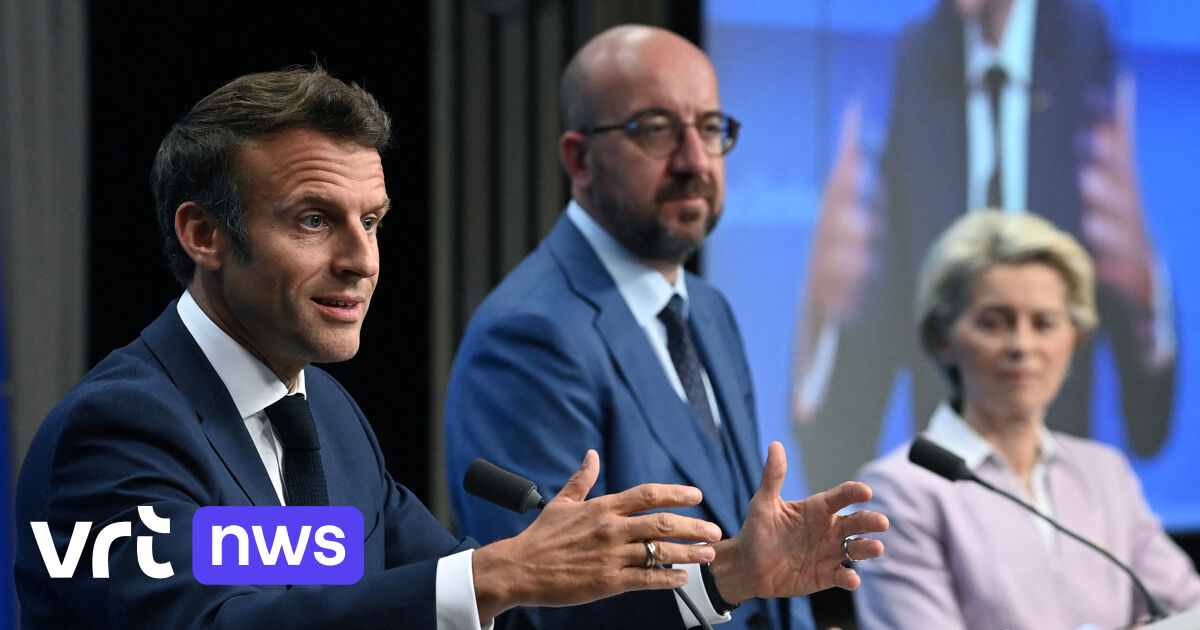 European Union leaders conclude the first day of the summit in Brussels after midnight and exchange views on the recent proposals of French President Emmanuel Macron. He advocates the creation of a “European political community” that can strengthen relations with other European countries.

Leaders agreed to reconsider Macron’s proposal at a later date. The concept is still fairly vague and most member states have adopted a fairly wait-and-see attitude. However, in its conclusions, leaders emphasize that vehicles should not replace the expansion process and should not make their own decisions without compromising EU autonomy.

The idea of ​​a political community was born for the war in Ukraine and the super-fast grant of candidate country status to that country. Macron has launched a proposal based on the fact that the EU can now only offer membership to promote stability in the neighborhood. However, meeting membership criteria is a long-term challenge and not all countries are required to participate.

“We shouldn’t all live in the same house, but we live in the same street,” Macron said Thursday. “Not all of us have the same rule of law, and economic and social conditions can vary widely, but we need to strengthen our strategic relationships.” For example, Member States, Candidates. The president said that the country, and other countries in a looser structure of the political community (with twice-yearly summits), can cooperate in areas such as defense and energy.

The idea was surprisingly well received on Thursday by the West Balkans, who had been sitting in the EU’s waiting room for years and again frustrated before the summit. According to diplomatic sources, these positive reactions also made some member states more generous. Belgium accepts this idea, provided that all participating countries respect European values.