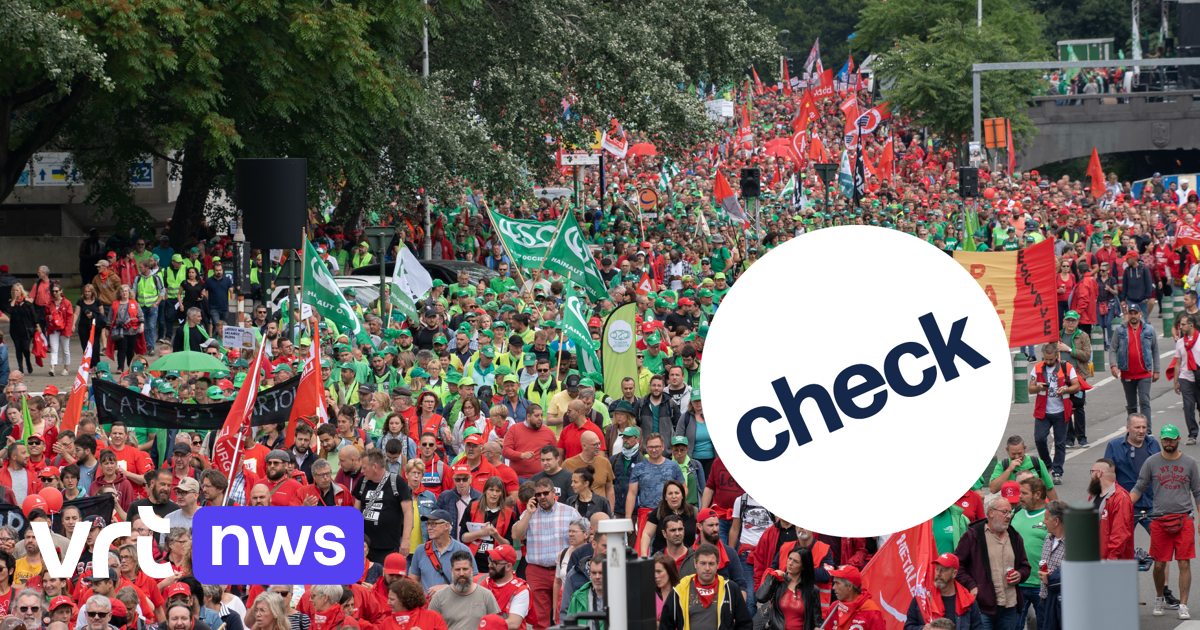 The Chinese state newspaper Global Times uses images of a trade union demonstration on Monday in Brussels as evidence of a rally to the North Atlantic Treaty Organization (NATO). This video has been watched over 1 million times.

“On June 20, tens of thousands of protesters appeared on the streets of Brussels. They shouted,’Stop NATO,’ and expressed anger at the rise in prices, saying that NATO countries had armed Ukraine. Blame. The Chinese national newspaper Global Times today posted the message on Twitter with a video containing images of recent trade union demonstrations in the capital. The newspaper wants to make this look like an anti-NATO demonstration, not a trade union demonstration. This video has been watched over 1 million times on Twitter.

On Monday, the union held a national rally to oppose more purchasing power and wage standards. According to police, there were 70,000 participants and the union said it was 80,000. Images distributed by Chinese newspapers clearly show that it is related to trade union behavior. Also, no one shouts “Stop NATO” as claimed.

The reason newspapers take images out of context is probably related to what China’s President Xi Jinping said. For example, in February, Xi Jinping and Russian President Vladimir Putin issued a joint statement against “future NATO expansion.” Putin was then in Beijing for the opening ceremony of the Winter Olympics and a meeting with his “friend and strategic partner” Xi.

Also yesterday, President Xi Jinping said at a meeting of BRICS countries that he was opposed to “enlargement of NATO”. The BRICS countries are made up of Brazil, Russia, India, China and South Africa. Therefore, China supports Russia in the war with Ukraine and therefore turns its back on the West.

Impressive: State newspapers refer to the source of the image in a tweet, and the account Fifty Shades of Whey first shared the video on June 20th. Unlike Global Times, this Twitter refers to the correct context.He even mentions Article from Reuters About the demonstration of the national labor union.

China and its state media are often guilty of disinformation. For example, Global Times sent fake news about India to the world in March.† In a tweet, the newspaper claimed that the Kutubminar Tower in New Delhi was illuminated with the colors of the Russian flag. The country should appear to be supporting Russia in a conflict with Ukraine. In reality, the lighting of the tower had nothing to do with Russia.

This article is based on the information available as of the date of publication.

Do you want me to check something? Please email us via [email protected]